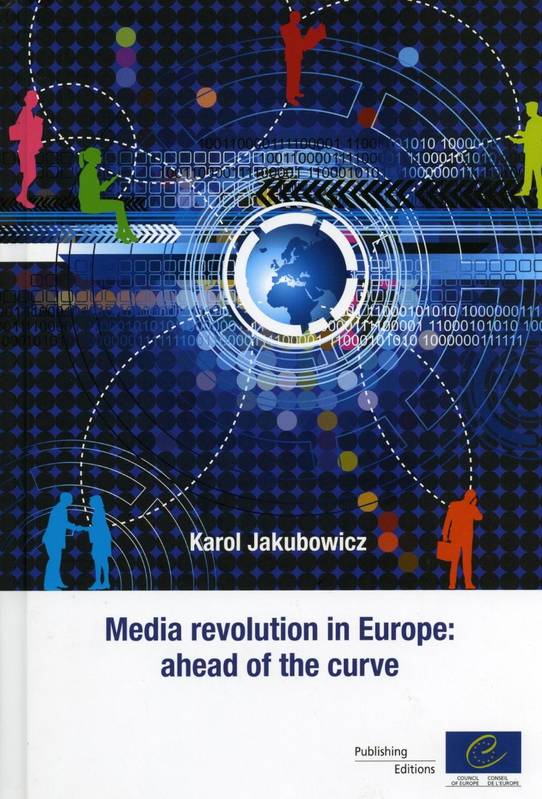 Media revolution in Europe: ahead of the curve

Media revolution in Europe: ahead of the curve

The "rags to riches" story of Karol Jakubowicz's involvement in the work of
the Council of Europe took him from the role of an awestruck newcomer from
Poland in 1990 to that of the Chairman of the Steering Committee on the Media
and New Communication Services (2005-06). Along the way, he was elected,
delegated by the Steering Committee, and invited by the Council of Europe
Secretariat to serve in a number of other capacities. In all of them, he
contributed a wide variety of papers, reports and studies to assist the
steering committee and other bodies in collecting information and formulating
ideas in the general field of freedom of expression, creation of free and
democratic media systems (including the issue of public service media),
regulation of transfrontier television, the adjustment of Council of Europe
human rights standards to the conditions of the information society, and the
development of broadcasting legislation in Council of Europe member states.The
present collection of these papers and reports is published in the conviction
that they retain their value and relevance. It provides the additional benefit
of offering a glimpse of the work preceding the formulation of Committee of
Ministers recommendations and declarations, as well as resolutions of the
Council of Europe Parliamentary Assembly.
S'identifier pour envoyer des commentaires.