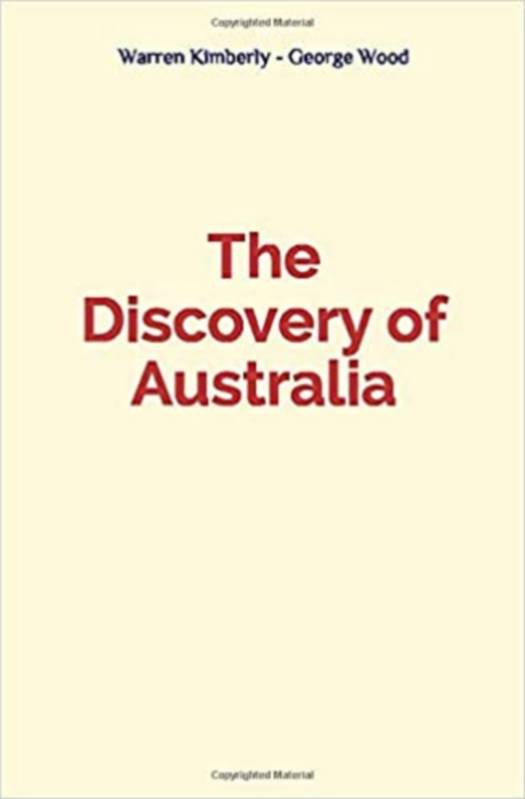 The Discovery of Australia

The Discovery of Australia

Warren B. Kimberly, George A. Wood

This book deals with the History of the Discovery of Australia.

"The world was old before Australia was wrested by navigators from her primal gloom and obscurity. Throughout the long roll of centuries of ancient greatness the oceans were unexplored. Their refluent, rippling, glassy vastnesses were even more impenetrable than the densest forest thicket. The Christian era was well advanced when men were bold enough to seek to fathom their mysteries. The ancients believed their little world contained the whole habitable globe. A little knowledge of the laws of the universe made them fear bottomless precipices which bounded the earth, and, therefore, they cared not to go out to the rising sun and over to the twilight. A few were curious, and their prophetic verse, picturing great distant continents, we still possess. Until the end of the fifteenth century, maritime adventure was confined to the seas between and round the known parts of the continents, Great Britain and the islands south of Japan and China. In previous centuries travellers had gone through Asia to India and China, and learnt that Timor and the Molacca Islands, north-west of Australia, were centres of Eastern trade. In their dahows and junks the Easteners constantly visited these islands, and gained from them what wealth they could. Marco Polo, a famous Venetian traveller of the thirteenth century, had many remarkable adventures in China, Japan, Sumatra, Java, and Ceylon, and his accounts of new races astonished beyond measure those who read them. Nothing was known of an ocean route to these beautiful regions....The sixteenth century was allowed to wane and die without any navigator being known to specially visit Australia. It is quite possible that vessels had been wrecked during storms on her rocky boundaries, but if so, the passengers with the ships were overwhelmed by the ocean waves. It was, however, early in the seventeenth century that the first detailed discovery was made. The natives of the East Indies had meanwhile become familiar with Portuguese, Dutch, and Spaniards alike, but the pristine silence of southern oceans was often rudely broken by the cries of conflicting ships' companies. The Spaniards and the Portuguese were in deadly enmity and slaughtered each other with impunity. Nor was that all. For much more than a century the East Indies supplied a hunting ground for bloodthirsty Europeans, who constantly preyed upon the weaker and ignorant natives. In their greed for wealth, and in their brute love for slaughter, they thought nothing of devastating towns and murdering the inhabitants. Privateers and buccaneers roved the southern seas, and Englishmen were not backward in the deadly game then carried on. But while this was proceeding, navigators of the same noble caste as Columbus were making their useful voyages, and taking back to Europe astounding news of divers rich great countries. Portuguese, Spanish, Dutch, French, and English all deserve honour for their services to navigation in the Southern Hemisphere, and especially, so far as Australia is concerned, the Dutch and English. It is remarkable that more wrecks did not occur while they were prosecuting their adventurous search, for knowing nothing of the Australian coast, nor of the gales which periodically blow so strongly, there was the possibility of their at any moment sinking to the bottom of the ocean. So far away from their homes, and trusting their lives to comparatively fragile vessels they had much to chance. But they were cautious men, possessing qualities which fitted them for almost any position a community can offer; and those of their journals which are extant prove that they possessed no mediocre literary ability. And with all their caution they were remarkably courageous, and permeated with an intense love of adventure..."
S'identifier pour envoyer des commentaires.